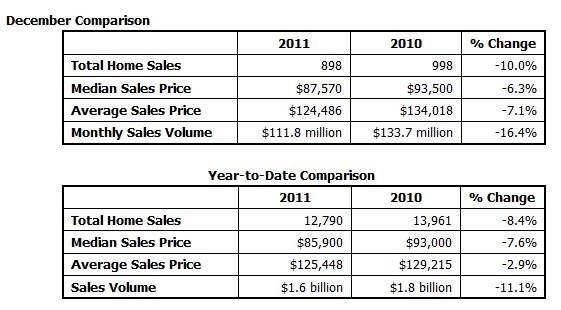 “Obviously, the economy of the last year – unemployment continued to run high – had an impact on housing here and all across the country,” said MAAR President Carol Lott. “But the economy is starting to show some positive signs and that can only help consumer confidence.”